Our room looks like an armory. We have one Civil War cavalry saber, a dress sword of the early 1800â€™s, a Britain naval cutlass of the 1700â€™s, a Japanese World War II bayonet, several knives, two fencing foils, two fencing epees, and various other assorted minor weapons.

I wonder if the maid has to dust all this bullshit? Also, imagine keeping a WWII bayonet in your dorm room in college in 2020? Imagine being able to be in a dorm room in 2020. Heh.

We are going to start a revolution. Why not? Revolutions are the up-and-coming things lately. Stamp counterfeiting is another alternative. Foreign currency is also easy to counterfeit. One thousand ways to get rich quick. Using these methods, one would have to in order to be around to enjoy it.

My roommate also broke up with Joanne. [Called it!] This time for good, or so he says. Heâ€™s looking around for others, â€”â€”â€”â€” girls, that is. Weâ€™re both in bad shape that way. I want to see you, and he wants to see any girl. Neither of us is in a position to satisfy our desires. Those are the breaks of life, I guess. Theyâ€™re pretty hard to take sometimes, though. Christmas vacation is only 9 days away though. That is some consolation, and something to look forward to with fondest expectation.

Merry Christmas, again, St. Nicholasâ€™ Day is past, and I have to do my Christmas shopping. Last year I went Christmas shopping in Chicago after I got home for vacation. I tried it down here, but I wasnâ€™t very successful. Businessmen in Champaign-Urbana have no conception of consumer demand.

Their attitude seems to be: â€œWe donâ€™t have what you want, but we have this selection. What do you mean, youâ€™ll go somewhere else? You wonâ€™t get it anywhere but here unless we donâ€™t have it.â€ And the pitiful part about it is that theyâ€™re right.

Man, the past sucked. But now the current time sucks, too. Life is complicated.

Go to one store and youâ€™ve seen the selection in all the rest. Nobody seems to believe in competition. Nobody carries merchandise that theyâ€™re fellow businessmen donâ€™t carry. I guess that would be â€œunethicalâ€ in this hick town. And shopping for clothes is almost an impossibility, unless youâ€™re looking for college fashions in relatively large demand, and then the campus stores have it.

To be fair, shopping in rural America was just like right on through the early 2000s. Now we canâ€™t even go inside stores, rural or not!

They also have a department store in Champaign. The Fair store in The Plaza would easily be twice its size, but it qualifies as a department store. I tried there but I soon gave up hope. They even have a Store Directory, for all the good it does. I was looking for a suit. A relatively common item. There were two entries connected with Men: Menâ€™s Furnishings (?) and Menâ€™s Rest Room â€” the latter of the two seemed the most likely to supply me with what I wanted in view of what happened later. After studying the useless directly for awhile, I found an entry â€œSuits.â€

Iâ€™m reading all of this in Tim Gunnâ€™s voice and itâ€™s DELIGHTFUL.

Of this I was suspicious, but on an outside chance, I tried it anyway. Well, naturally, they were referring to womenâ€™s suits. And on the same floor were located all the various and sundry items women find necessary in clothing. As a matter of fact, they had the floor so arranged that all the cute, pink and frilly things were located directly in front of the elevator so that they more or less hit you in the face as you stepped out of it.

After looking at all the women looking at me and wondering exactly what I had in mind, I got the impression that I didnâ€™t â€œbelong.â€ In large, civilized cities men do venture into such places, but not in hick towns like Champaign. Apparently, they havenâ€™t progressed much beyond the stage of separating male and female authors on the bookshelves.

WHAT? Side note: the thrift store in my town that shut downÂ last year had shelves labeled â€œbooks for menâ€ and â€œbooks for womenâ€ and the titles had nothing to do with anatomy and I was like: I hate this suburb.

Thereâ€™s wasnâ€™t a man in sight. At a younger age, I might have been embarrassed. In a better mood I might have felt a little out of place because I was the only one, but I doubt that. In this case, I lost rationality as far as the store was concerned and left as quickly as was safely possible. I had already been to every other store in Champaign where they could conceivable have had what I wanted. â€œMenâ€™s Furnishingsâ€ yielded a complete blank.

I also have no idea what Menâ€™s Furnishings are. Iâ€™m guessing office stuff? Also, Russ seems super anxious. I hope he got therapy or meds.Â

I received your letter today. I, unlike â€œTrixie,â€ am willing to sacrifice the unique thrill of playing in the sandbox in deference to the snow.

Who is Trixie? WHAT did she say to Karen?Â

Par-boiling lacks the uniqueness and sensationalism of other methods. Besides, burning puts the victim into shock too quickly to be really effective.

What you want is a large vat of concentrated sulfuric acid into which you may slower lower those who do not meet with your approval. Sulfuric acid has the charming property of removing the water from whatever it contacts including the hydrogen and oxygen in carbohydrates in which they exist in the same ratio as that of the hydrogen and oxygen in water. Not only would that dehydrate her tough old hide, but it would reduce it to carbon, the only other component of carbohydrates. 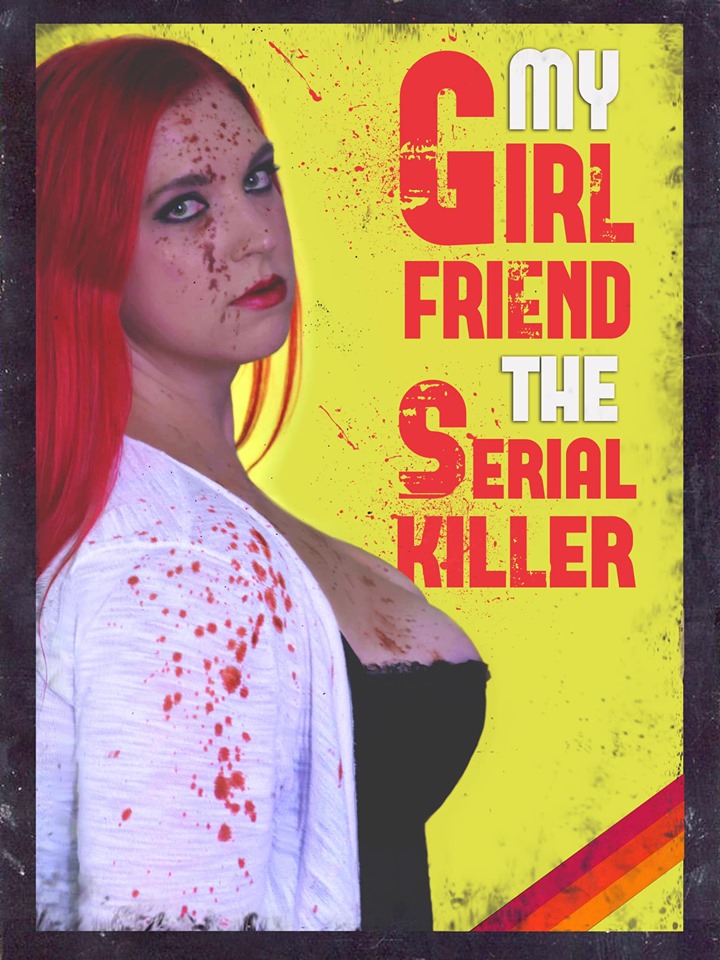 YOU GUYS, do you know how happy Iâ€™ll be if this turns into a series of letters where Russ helps his psychopathic girlfriend kill her teachers and classmates, and I end up solving some long-forgotten weird string of mysterious deaths in Chicago? I think I just wrote a pitch for the greatest novel Iâ€™m never going to write.

The carbon could be burned, which would convert it to CO2, and there would be nothing solid left of your â€œfriend(?).â€ There are many other equally intriguing methods available. I will be glad to help you should you decide on a desperate course of action, involving real liquidation.

Beverly was being kind in regards to my new coat. Donâ€™t expect too much. Itâ€™s new, that much I can say for it. Outside of that, well â€” It keeps me warm and serves the purpose for which it was intended admirably well. This is why I bought it.

I also bought a new suit.

WHAT? WHERE? WTF. Was the entirety of this letter up till now all about NOT being able to find a suit or I am losing my mind?

This may solve the problems regarding Christmas presents from my parents. Itâ€™s an olive cord, although not a deep olive.

The Edgewater Beach Crystal Room. Sharp. Should be a great affair. That will also get us up on the North Side for a change and we might be able to see what there is in the way of entertainment there.

Must be where her winter formal was being held?

Christmas Vacation is getting closer, but I am not feeling any less like waiting nine days than 19. I get proportionately more impatient with each day closer. College life is like incinerating the candle in one big blast of flame. It burns at all points, simultaneously. No wonder the poor and uneducated are in such good average physical shape. Those who are educated use up all their energy in the first few years of their adult lives.Â

Better get off this train of thought. Itâ€™s better to avoid it than to dwell upon it and it is too tempting to think about it without dwelling upon it.

Yes, keep dwelling on how lucky the poors are not to have to go away to college, for the love of Christ.

Iâ€™ve also more or less given up on the idea of toboggan. Unfortunately, I wouldnâ€™t have much chance to use it. I could use it only when it snowed and when I was home. Snow is improbable and Iâ€™m home very little so the simultaneous occurrence of both of these things is extremely unlikely. Iâ€™m home three months out of the summer. Great weather for tobogganing.

I shouldnâ€™t be such a problem child as far as Christmas gifts are concerned. I like practically anything.

Itâ€™s true. Russ only hates His Roommate, Red China, Chemistry, Rock and Roll, Stationery, Feminism, and Dudes at School. Honestly, the only things he likes are his parents, football and Karen.

You will be my best Christmas present. That I wouldnâ€™t trade for anything.

It snowed today. Sort of a salutary snow, but nevertheless snow. I was wondering where all the precipitation we have been getting for the past few days in the form of rain ran off to. Iâ€™d much rather have snow. Maybe weâ€™ll get some snow later. Maybe I should go to the University of Maine.

Well, Iâ€™ll have to study now with the time â€œmarching onâ€ and all that sort of thing. Auf wiedersehen, fÃ¼r nur eine Weile [Goodbye for a while â€” spelled correctly!]. Take real good care of yourself and donâ€™t study too hard. Sweet dreams, â€” when you have the chance of good luck.